Nepal is a country of beautiful scenic landscapes with an abundance of both natural and cultural heritage. Although being a small landlocked country right in between two Asian giants China and India, Nepal has only been able to prosper so much economically or even infrastructure wise in all these years and still remains quite underdeveloped compared to its neighbors due to the fact that it hasn’t really gained any political stability whatsoever, even after so many years have passed since the dismissal of the Monarchs from the country in 2008. With so much culture and tradition poured into one small piece of land, most tourists that come here are attracted by the various forms of art and cultures that Nepal has to offer. Over a 100 different castes and societies live peacefully among each other within the boundaries of this small piece of heaven.  ‘’Unity in diversity,’’ is the closest one could come to while defining Nepal and its people, if they had to do it using a single phrase.

Now, that it’s been said, coming back to our topic – tourism industry in Nepal has always shown quite the potential needed to compete with or become a tourist-hub like Switzerland; with three of the highest mountains in the world and various other peaks at stray, several hundred rivers all suitable for adventure rafting, ideal safari and wildlife areas and so much more to explore should certainly make Nepal the most attractive destination for adventure tourism, shouldn’t it?  Well, the government of the country thinks otherwise and seems as if they would rather be overtly consumed with their self-empowerment-schemes than actually caring about the country’s heritage or even the future at the least.

Anyways, here we have ten of the most amazing places you could travel to while you’re in, or planning to visit Nepal. However, being a Nepali myself I have selected the places on my own discretion so, most of the other popular places to visit in Nepal, especially ones that are advertised a lot on other sites may not be enlisted below… so now… here we have ten of the most life-defining travel destinations in Nepal. 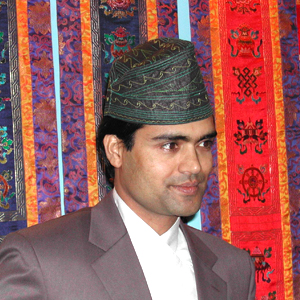 Himalayan trekking in Nepal is 23 years in it’s operation. We are sister concerned company of Nature Trail Trekking and Expeditions Private Limited. And it run under the all guidelines of Nature Trail.

Learn More About Me

Join over 100,000 people and get exclusive travel tips, giveaways and more!